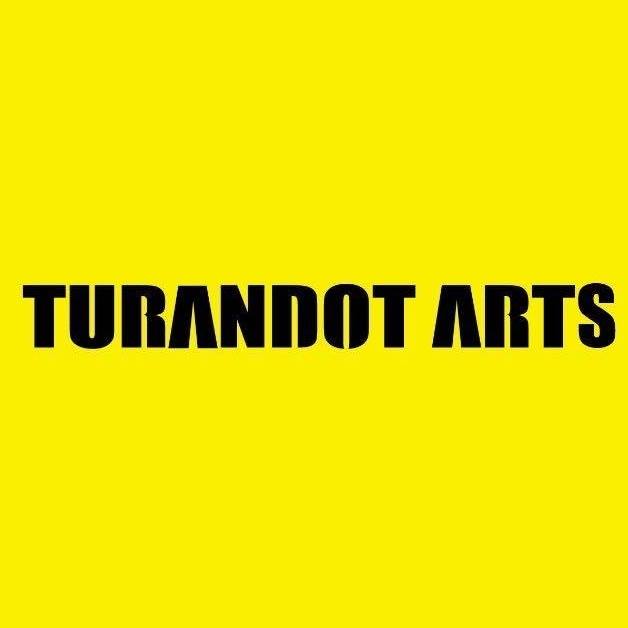 Interview of Aristotelis Triantis to Linda Paoli, about his work, and Design1o1

A short sentence that can describe Design 1o1

The following are my perspective and experience with design1o1. Since its birth, has aimed to create a collaborative model for the dissemination of knowledge among its members on design and the arts in general, taking advantage of the possibilities of new technologies that are readily available to most of us today. This is why it is briefly described as an “experiment” between the traditional learning provided by a school, academy, etc. and the learning that can take place online using all the available digital feedback tools. I would say that design1o1 is a product of its time, it was born in the explosion brought by the technological advancement of the internet in the last decade connecting many different people with different cultures from different parts of the world.

The basic philosophy of design1o1 as an educational project is to create a community, and collaboration between educators and learners. Without wanting to replace the traditional curriculum, everyone can share their experiences, exchange ideas, learn from each other, become better at something and gain valuable knowledge in many different fields. To achieve this goal the idea revolves around the operation of the members of the design1o1 community, who each take on different roles and tasks, such as preparing the course newsletter, archiving, viewing selected assignments, communicating with students etc. Using social networking applications, the various community groups achieve the goal of producing work and keeping the community active without time and geographical constraints, and this is what differentiates design1o1 from other traditional communities.

The birth of Design1o1 is due to the inspiration of the respected architect and professor Stefano Mirti, founder & head of strategy of IdLab studio in Milan. The beginning was with the course “design1o1” in 2013 and then the “Architecture between the sea and the sky” which the last part was completed in the city of Syracuse in Sicily, the “Architecture1o1” and the “design1o1 redux”. All programs were under the academic supervision of the Accademia di Design e Arti Visine (ABADIR) of Catania, which also provided certifications to students through the Iversity educational platform. In the past there have been some examples of “community apprenticeships” in model schools such as the legendary “Bauhaus” and the fairly groundbreaking “Black Mountain College” in North Carolina, USA, led by Josef Albers of the Bauhaus School. From these model schools and their philosophy, the design1o1 community borrowed several elements such as collaboration groups, peer teaching, etc. and added its own elements harmonized with the spirit of the time and digital progress.

3) When are you started being part of the team Design 1o1?

In the period 2013-14 I attended the courses of design1o1 which ended with the exhibition “blaueblumen”, in which I had the honor to participate as a selector of the designtransfer gallery of the College of Architecture, Media and Design at the University of Arts Berlin. This was followed by “Architecture between the sea and the sky”, and in the following period 2014-15, in parallel with attending the Architecture1o1 series of courses, I became a member of the community, taking charge of the archiving team and presentation of all study works on the internet. Since then, the design1o1 community has run some very interesting courses, such as storytelling1o1, myhome1o1, zine1o1, and more recently superdrawing1o1, in collaboration with the scuola superiore d’arte applicata del castello sforzesco.

What is you background?

Answering this question the short answer is that I was a self-taught child of free thought. I would say more motivated by the need to enrich my mind with images, and if it happened with experiences that in my environment I could not have. As a child I did not read much, but I liked cinema, and I analyzed several things through movies, also then I discovered my preference for rock music. An important element that defined me was the sense of a secret inner power in a common substance with Nature, a special relationship that played a catalytic role in the way I perceived, and my choices later. On this topic I have written my thesis for Architecture1o1 entitled “My Places”. The inclination towards art especially in design existed from an early age, and later during adolescence it developed as a professional direction. It was also during this time that I discovered my interest in reading books about ancient cultures and achievements. At first I studied graphic arts, but my real appeal to freehand drawing and painting, later led me to college studies in fine arts. Then (2008) I held my first solo painting exhibition in the gallery “Technodrasi” of UNESCO Piraeus. Later came the period of design1o1 and now the studies in Art Therapy.

What are your inspirations for your art?

Certainly there are many images, and these until the period of my adulthood, I consider them the “protoleio” (prototype) material. In my mind he was playing a beautiful creative game, composing images in places or spots that I thought could be different, and I am still fascinated by the scenes of science fiction landscapes. There are some unique experiences that stimulated my imagination, the first somewhere in my early teens, when I accidentally saw Rene Laloux’s French animated film “La planète sauvage”, and without understanding the language, I had the experience of a riveting visual effect. The same can be said for Fritz Lang’s film Metropolis. Of course I admire the work of great artists, such as the Neoclassics and the Symbolists, but also of, Böcklin, Klimt, Klee, Redon, Hopper, De Chirico, Escher, Hockney and others. Also an important inspiration for me is the work of European comic designers, such as Jean Giraud, Hugo Pratt, and Milo Manara. What fascinates me is the lyricism, the subtlety and the harmony of Japanese art, in a magical way it motivates you to suspect the stage to become part of it, coexisting at the same time with strength and continence enriched with a brave sensitivity. I recognize these same elements in the artwork of Masao Yamamoto, which is a very important source of inspiration for me. A more recent spur I received is from the work of illustrator Yoshitaka Amano.

What are the influence for your artworks “Architecture between the sea and the sky?”

This is a nice question, from the first moment I perceived this project as a pleasant and homely narrative challenge, and a field of manifestation of my own conceptual concerns. The main source of inspiration is the memories, the intense alternations and the colors of the Greek landscape, the journey of the gaze from a high peak, the blue blurring of the horizon between sky and sea, the summer sun, the archeological sites, the myths and their history, children’s toys in the sand, and the summer observation of the starry sky. The material produced during a month and a half of intensive process, gave excellent results and several experiments for future use. Speaking of experimentation I must say that the end result is the product of many different tricks, such as mirrors of external images and objects, reflections on various surfaces, image overlay, refraction, and of course photography, design and digital processing. In essence, “Architecture between the sea and the sky” is not a series of unrelated images, but a narrative of the vibrations of every memory, every place, every expectation and mental realization. The final manifestation of this realization took place in the city of Syracuse.

What is your Mission?

I will try to answer as honestly as possible. Most people experience a distorted self-image, which is usually the result of external interventions in their thinking and behavior. This at some point leads them to stagnation and frustration. In my opinion and without being my own idea, the basic task of every person is to live according to his nature, I would just say to discover his true self, to listen to his inner voice, to rationalize the adversities of life, and acquire knowledge in order to define the same who it is. Although the prevailing view, speaks of linearity of human life, this is not the case. Life follows an odyssey cycle, regardless of one’s beliefs and convictions. Having followed the Hellenic spiritual path and remaining a Homo Universalis, I would say that my mission is to enjoy all the qualities of human ending, knowledge, love, art, nature, friendship, as defined by their primary essence.

How did you deal with the coronavirus problem?

All of us in this case were called to face a situation that was not our usual. In Greece, almost from the outbreak of the pandemic, we were in quarantine, and the human losses were and still are quite limited, compared to what happened in other countries, such as Italy. Personally, I had the opportunity to be in an environment that had no cases of the disease at that time. Apart from the fact of partial isolation, and the experience of financial losses that it brought, and in addition to the fact that the nature of my work requires a space exclusively for my own use, adapting to the new situation became simpler, such as having work tools, that I can take with me, at any time, in any place, a briefcase with drawing materials, notes, my laptop, etc. So my time passed more or less at a familiar pace, professional obligations that had to run, reading, music, discussions for ideas, and plenty of rest.

What are your plans for the future?

At the present stage, having my professional base in Athens, I continue my collaboration with the established art historian, and curator Nikolena Kalaitzaki, in the exhibitions that she holds. During this period I am studying a material of my own, that I had worked on before and it concerns painting designs, which for various reasons have remained unexploited until today. This material has a different direction from what I have presented so far, and the purpose is when it is completed to have a narrative character, both as a physical work, and perhaps in book form. Various ideas have also been discussed, and one of them is a possible launch for an exhibition of selected conceptual digital works of recent years. Meeting the music and interacting with my artistic approach is a perspective that has been discussed with some people, in something completely different and new to me, but for now this project is waiting for the crew of time and the right conditions until its completion.

Tiac Group is an italian-chinese association for promotion of contemporary Italian and international artists.